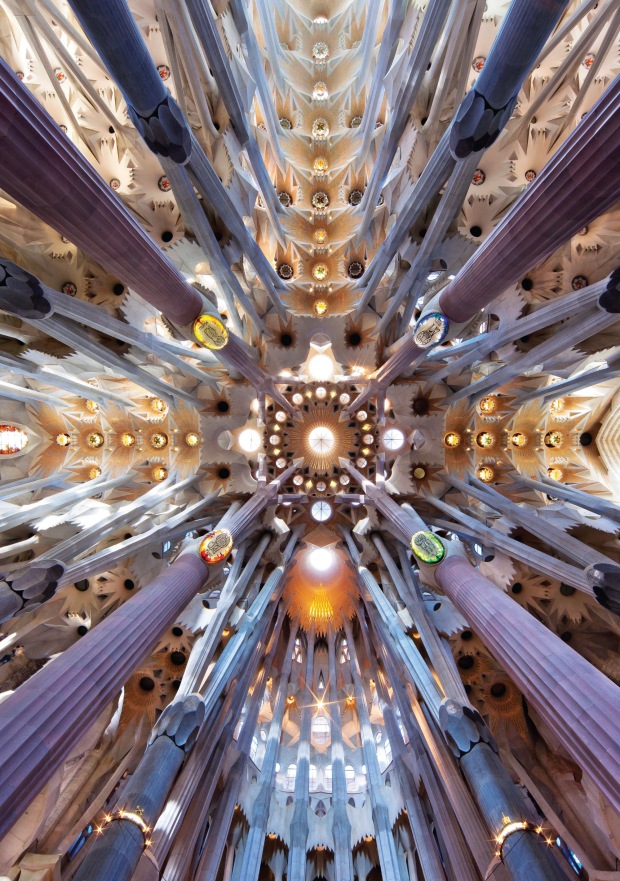 Antonio Gaudi (1852-1926) designed the now famous basilica of The Sagrada Familia, Barcelona, Spain, to which he gave himself fully for the last 43 yeas of his life. The basilica remains unfinished. Although we most often associate structures like gothic cathedrals with the 12th through the 14th centuries, Gaudi’s visionary work has assured us that there will be a 21st century future for them.

The genius of Antonio Gaudi’s vision for The Sagrada Familia lies in his wedding of a modern understanding of mathematics with a timeless appreciation for the power of light, color, and the shapes and rhythms of the natural world around us. As much an engineer as a visionary architect, Gaudi shared with Frank Lloyd Wright an intuitive appreciation for how the mathematical and geometrically describable structure of trees, seashells, beehive combs, and other aspects of the natural world could inform the architectural integrity of a building. And, like his medieval predecessors, Gaudi recognized the continuity between what we learn from the Book of Nature and what we learn from the Book of Scripture. How paradoxical it is that one of the most modern cathedral-sized churches in Europe may also be strongly traditional, and historically rooted.

Being aware of the etymology of words often associated with the architecture of Frank Lloyd Wright helped me to understand his work and that of Gaudi. Wright used the word ‘organic’ in the title of one  of his influential books. Another word, ‘radical,’ is also often used to describe his apparent departure from traditional architectural design. Yet, here is the curious thing. When we hear the word ‘radical,’ we think a departure from tradition is being signaled. But dictionary definitions of that word alert us to what it really means. Radical means, in one way or another, of the root. Radical therefore means less a departure from tradition than it does a rediscovery or re-appropriation of it.

To speak of Gaudi’s radical vision for The Sagrada Familia can be a way to discover the organic character of its nature-inspired design. For the ‘roots’ of this building lie in Creation, both in terms of the multiplicity of form, and yet also in consistency and uniformity of structure, and in the extensive and subtly evocative use of color – not simply in the windows, but on the columns and walls.

Moved by the visions of St. John, as recorded in Revelation, Gaudi perceived the Church – both as the community of the Body of Christ and also as a physical structure enabling our assembly for liturgy – as having come down from heaven, so that the divine presence would now be tangibly among us. The words of Revelation 21:1-6 appear to have been at the heart of Gaudi’s vision for his new church, which seems to express the promise of “a new heaven and a new earth,” and be an embodiment of “the holy city, the new Jerusalem, coming down out of heaven from God.”

As at least one observer notes, while diligently preparing the design for The Sagrada Familia, Gaudi shaped a building. In the process, God shaped Gaudi. Te Deum laudamus! May our encounter with the result of Gaudi’s work have the same effect upon us. For deeper insight concerning the design and structure of Sagrada Familia, see the video, The Gaudi Code, with this link: { https://www.youtube.com/watch?v=w3e8sckgWqQ } For a further and deeper exploration of Gaudi and his approach to Sagrada Familia, read The Sagrada Familia: The Astonishing Story of Gaudi’s Unfinished Masterpiece, by Gijs van Hensbergen. Also very helpful is the visual guide book, The Basilica of the Sagrada Familia: A Temple Converted into a Universal Work of Art. 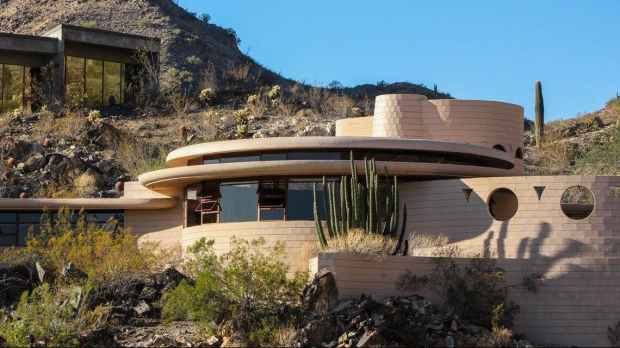